University of turbat announced admission for it’s main campus and also sub campuses (Gwadar and Pangur) “University of Turbat” has announced it’s admission for balochistan students. Interested and eligible candidates must apply through proper channel and last date of submission of form is “05 November 2020”. Candidates must apply by reading above advertisement completely, all the information about “University of Turbat has mentioned in above advertisement.

Student must readout eligibility criteria by visiting official site or by reading advertisement.

Details about “University of Turbat Admission”

University of Turbat is the second General University in public sector, chartered by the Government of Balochistan vide Act 2012 passed by the Balochistan Provincial Assembly in May, 2012. The main objective of the establishment of the University of Turbat in the Mekran region in Balochistan is to provide better opportunities of higher education to the students of Turbat (Kech) and adjoining districts of Panjgur, Gwadar and Awaran. With the establishment of the University of Turbat, substantial number of students will be enrolled initially from different parts of province mainly from Mekran will have a direct effect on the social environment of the families of the students and indirectly to the society. With the introduction of market valued subjects, about 500 job opportunities annually would be created directly benefiting the social wellbeing of a segment of the population in the region.

The idea of establishment of a Sub Campus of Turbat University (UoT) in Gwadar was initiated by the Vice Chancellor (VC) Prof Dr. Abdul Razzaq Sabir in 2015. A team of expert led by the VC, prepared and tabled the proposal of establishment of Gwadar Campus in Syndicate in its third meeting as item No.6 held on May 30, 2015 for approval. The expert team was comprised on Director IBLC and Dean Faculty of Arts and Social Science Dr. Abdul Saboor Baloch, Ex- PD of UoT Manzoor Ahmed Baloch, DF/Registrar Ghulam Farooq Baloch, Muhammad Hayat, Director Public Relation Ijaz Ahmed and chairpersons of various department. The Finance and Planning Committee also endorsed and approved the idea of establishment of Gwadar Campus in its fourth meeting as item No.5 held on June 29, 2015 held at Karachi.

After thorough discussion and approval of recommendation towards establishment of Gwadar Campus from different meetings and statuary bodies the proposal was presented in the UoT’s apex statuary body (the Senate) during its first meeting chaired by Ex-Governor Balochistan/ Chancellor PSUs Muhammad Khan Achakzai, held on March 30, 2016 at University Public Library Turbat.

In pursuance of principle approval by Ex- Governor Balochistan, the Higher Education Commission Pakistan issued a notification on July 4, 2016 to set up a Sub Campus of University of Turbat at CPEC central city Gwadar.

INFRASTRUCTURE AND OTHER FACILITIES AT GWADAR CAMPUS:

Progress towards establishment of University of Gwadar

Here it is pertinent to mention that Government of Pakistan had decided to establish a University at Gwadar under CPEC and accordingly a project titled “Establishment of University of Gwadar” was included in Federal PSDP 2016-2017, and 2017-18. Then Prime Minister of Pakistan during his visit to Gwadar, formally inaugurated the project of University of Gwadar on 1st September 2016 as a part of project under CPEC. At the same time Federal Government/HEC asked VC Turbat University:

Charter of University of Gwadar

Meanwhile the HEC requested University of Turbat in July 2016 to prepare the Charter of the University of Gwadar. Accordingly the draft charter was prepared by UoT and submitted to HEC in March 2017. After betting the Charter by HEC and concerned forums, it was finally passed by the CM Jam Kamal led Balochistan Assembly on 3rd November, 2018, and the same was assented by the Governor Balochistan/Chancellor Public Sector Universities (PSUs). The bill was presented by the provincial minister Mr. Zahoor Ahmed Buledi. Governor Balochistan Honorable Justice (R) Amanullah Khan Yasinzai during meetings with VC UoT assured to take every possible steps for development of Gwadar Campus and establishment of University of Gwadar.

On the request of HEC, a PC-I was also prepared by University of Turbat at a cost of Rs. 5.727 (Billion) and submitted to HEC in the end of 2016. Meanwhile a meeting was held in HEC on 29th November 2016 in which it was decided that instead of PC-I, a PC-II should be prepared to conduct the academic feasibility of the University. Accordingly a PC-II was approved by the CDWP on April, 2017. Feasibility study completed and submitted to HEC in April 2018. The PC-1 will be prepared by HEC on the basis of the recommendations of feasibility study. According to feasibility study, the Gwadar University will be a residential university. The University is conceived to be a special purpose university which shall produce high quality human resource for CPEC.

Land for University of Gwadar

A piece of state land measuring 500 acres located in Mouza Shabi Tesil District Gwadar under khasra No.20, 21, had been allotted in favor of University of Gwadar in September, 2018. However the efforts are underway to acquire a piece of land for Gwadar University in education enclave earmarked in newly launched Gwadar master Plan.

The University of Turbat (UoT) in its endeavor to fulfill its charter obligation to disseminate knowledge and to ensure access to Higher Education to all students so that deserving students are not deprived access to quality education has decided to establish its campus at Panjgur, Balochistan.

As per the directives from the honorable Governor Balochistan Justice(R) Amanullah Khan Yasinzai and Chief Minister Balochistan Jam Kamal Khan Alyani, a preliminary survey of the area was conducted and the concept of establishing a Sub Campus in Panjgur was found to be feasible. A PC-1 has been prepared and submitted to the Government of Balochistan for approval. The University of Turbat also sent formal request to the Divisional and District administration for allocation of temporary building & allotment of land for the campus.

The University of Turbat in the leadership of the Vice Chancellor Prof. Dr. Abdul Razzaq Sabir and with the dedicated faculty and admin staff continues its success stories. After establishing a Sub Campus at Gwadar in September 2016, the management of University of Turbat had decided to establish the 2nd Sub Campus of UoT at Panjgur in 2019, keeping in view the very fertile grounds for higher education in district Panjgur. The UoT management had also decided to start academic activities in Panjgur Campus from 15th March 2020 after fulfilling all legal formalities and pre-requisites. The advertisement to fill various academic and administrative positions was published in November 2019 in various daily newspapers.

As a matter of fact, on receipt of directives from the Governor’s Secretariat, the University of Turbat had carried out a detailed visit of District Panjgur on 1st December, 2018 and discussed the matter with all stakeholders as well as the authorities of District Administration. It was the collective opinion of all stakeholders that a Sub Campus of University of Turbat should be established in Panjgur as early as possible. The team also visited an un-utilized portion of Government Boys Degree College Panjgur, which was very suitable for the Sub Campus in the initial stage.

Academic Courses/Programs to be started in Panjgur Campus:

The Campus, by meeting Technical and professional requirements of the region and other mega Projects being envisaged including CPEC, would generate a number of Social and economic activities, enhance sustainability of the area, promote national cohesiveness and integration and thus contribute in the overall socio-economic development of the area. 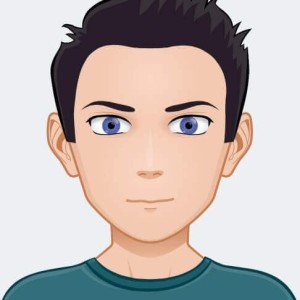